Some churches have an interim season thrust upon them. A minister resigns to take another position … or has a moral meltdown. Suddenly the church finds itself “in between,” uncertain of the future and struggling to navigate a confusing present. 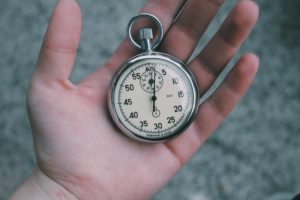 But some churches have a different challenge.

A long-term and beloved minister wants to retire, perhaps, or move into a different kind of ministry in the same town—and asks the church for a transition period of a year or two. The church wants to be supportive and encouraging. Elders tend to accommodate such requests out of gratitude and a desire for stability.

Such accommodation takes care of the minister’s need for transition. But what about the church’s?

I consulted with a church in this predicament recently. The minister told the elders (and the church) that he needed to move back to Texas to care for his aging parents. Once he sold his house, he would be gone. He posted a “For Sale” sign in his front yard. Two years later, it was still there … he was still there. The elders were gracious and patient. They continued to support the minister and he continued to preach and do his ministerial work.

when the time was right, that church was able to ask, “Who is God calling to lead our church into a better tomorrow.”

But the church was “on hold.” Everyone knew the situation was temporary. Everyone knew the minister would be leaving at some point. There was no energy going into planning, visioning, or looking over the horizon to the next stage of the church’s life. The church fell into a listless rhythm of “marking time.” Morale sank. All the “oomph” leaked out of the congregation.

By the time I stepped into the situation, they had lost a third of their members and contributions were in steady decline. It took everything they had just to keep up with past commitments: to ministries, missions, and mortgage. The church had put its own future at risk for the sake of a minister’s desire for a safe transition.

We gave the minister three months’ salary and told him to use those months to move his family back to Texas. He cut the price on his house (something he’d been unwilling to do without a deadline looming) and sold the house within a month. He found a new ministry near his parents and left with a new-found sense of optimism and energy for his future work.

Everyone knew the minister would be leaving at some point. There was no energy going into planning, visioning, or looking over the horizon to the next stage of the church’s life.

And the church itself was freed to think about its next season of life. Finally, they could start asking the kinds of questions necessary for a healthy and productive future. They could celebrate all the good God had done in their recent past. But they could also identify the habits they needed to change, the ministries they needed to cut or create, and the mission God was calling them to address in days ahead.

Momentum started building once again. Excitement and energy and expectation blossomed. There was a revival of hope and optimism. New vision began to emerge. And, when the time was right, that church was able to ask, “Who is God calling to lead our church into a better tomorrow.”

This article will be continued in our next post