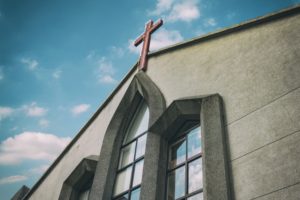 Woodcrest Church started twelve years ago in a store front. Now, some 3,000 people flock each weekend to its sparkling and spacious new suburban campus. Meanwhile, the Walnut Street Church a few miles away has been in a slow, steady, decade-long decline. Its leaders are discouraged. Almost every week they are greeted by the news that another long-time member is now attending Woodcrest and sending glowing reports back to friends who are still at Walnut Street. To make matters worse, the last couple of years have seen a growing exodus to The Crossing, a more recent church startup that meets in an abandoned warehouse. The Crossing’s explosive growth is causing consternation bordering on alarm in many churches around town— including Woodcrest, which has lost a significant number of members to the upstart.

Although Woodcrest, Walnut Street and The Crossing are fictitious churches, the scenario I’ve described is very real and is being played out in thousands of communities across the country. In light of this, who can blame church leaders for asking, “What’s the attraction of these new churches?” And, “How can we make our church more attractive?”

(these questions) can cause a church to focus on peripheral issues from musical style to sanctuary ambiance to branding to customer service, all the while neglecting God’s call on them to be Spirit-directed outposts of His kingdom.

Many would say that these are the wrong questions for leaders to ask, and with good reason. They can easily lead churches to conceptualize themselves as vendors of religious goods and services, competing with each other for market share. They can cause a church to focus on peripheral issues from musical style to sanctuary ambiance to branding to customer service, all the while neglecting God’s call on them to be Spirit-directed outposts of His kingdom.

Recognizing these dangers, I still want to suggest that there is a sense in which we can legitimately speak of making the church attractive. After all, Jesus promised that he himself would be the attractional power behind the church, albeit not in terms that would make sense to a modern marketer: “’And I, when I am lifted up from the earth, will draw all people to myself.’ He said this to show the kind of death he was going to die.” (John 12:32-33) For all of its ugliness and horror, the cross of Christ is still the quintessential attractive force in the church. Furthermore, Scripture supplies language that helps us to better channel that attractional power. Speaking to his disciples, Jesus said, “You are the light of the world. A town built on a hill cannot be hidden. Neither do people light a lamp and put it under a bowl. Instead they put it on its stand, and it gives light to everyone in the house. In the same way, let your light shine before others, that they may see your good deeds and glorify your Father in heaven.” (Matthew 5:14-16) The metaphor is unmistakable: Jesus’ vision for the church is that it be a bright city on a hill, shining a light that draws others in.

Jesus’ vision for the church is that it be a bright city on a hill, shining a light that draws others in.

Jesus says that when we do good deeds, people take notice, with the result that they praise God, and not us. Thus, a church seeking to be attractive should closely examine both the quantity and quality of the good deeds they perform. What percentage of their energies and resources are directed inward toward members’ desires and what percentage is directed into acts of service and charity to the surrounding community? The sad truth is that few churches have a discernible reputation in their communities for anything—either good or bad. Their buildings are seen primarily as lodges within which the members of the Jesus society carry out club activities.

There are a few fortunate exceptions to this rule and I’ll end this post with the positive example of one such church: the Columbia Avenue Church of Christ in Glasgow, KY. This 200-member church is known as the place to go when you’re in need. Several years ago, the church purchased a closed elementary school and turned it into a benevolence center. Several rooms were made into a clothing center, where volunteers sort and size donated garments and operate a “free store” every Monday. Four other classrooms were converted into temporary living quarters where families in need of lodging could stay while getting their feet on the ground. And every year at Christmas, they put on a holiday meal for over 400 people, including individually selected and wrapped gifts for every person in attendance! Columbia Avenue is an attractive church for all the right reasons. May God be glorified as other churches follow its good example.