Why Did You Do That? 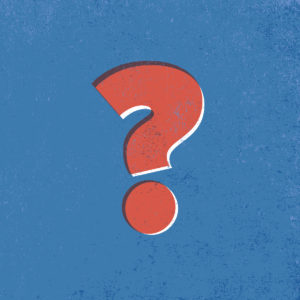 I saw a news story not too long ago in which a mother left her young children in the car unattended. I confess, all I know about this news story is the two minutes of video that I saw on the news, so that is precious little information. Possibly like you, I’ve heard of too many tragic deaths as a result of this very scenario and my immediate thought was bad mother. As the news story continued, information was revealed that shifted my thinking. As the report continued, I learned that the mom left the children in the car to go to a job interview.

Now, of course, it is 100% never good parenting to leave young children in the car unattended. But, I find it very revealing to dissect why my label shifted from bad mother to desperate mother. When I assumed the mother left the children in the car out of neglectful or selfish reasons, my label was bad mother. When I discovered her actual reason for leaving the children in the car, my thoughts about the mother’s character softened considerably. In the beginning, I assumed I knew why the mother left the children and made an immediate negative judgment about her character. Bad intent equals bad character. Upon getting more information about my flawed assumptions, my judgment about her intent and character moved toward the positive in a big way. I could completely visualize being so desperate to feed my children and, therefore, capable of making a critically bad decision.

We, the humans, make immediate assumptions about why people do things constantly, and it happens so quickly, it leads to a bad character judgment in the blink of an eye.

We, the humans, make immediate assumptions about why people do things constantly, and it happens so quickly, it leads to a bad character judgment in the blink of an eye. We simply skew negative, and it doesn’t help that we don’t even know we are making the assumption. I hear this in so many ways—often in the phrase, “Why did you do that?” This is such an interesting question; but it’s not really a question. Someone is pretty clearly saying, “You shouldn’t have done that.” I’ve never really heard any answer to that question that was in any way satisfying to the one asking.

The disguised statement is revealing though in that people often assume they know the intent of other people’s words or actions. My clients are constantly saying things like, “He’s a control freak,” or, “She just wants to embarrass me,” or my favorite, “This person is bipolar.” This last one makes me laugh because it sends my friends in the mental health profession into orbit.

The truth is we don’t know why people do things unless they tell us, yet we are completely comfortable diagnosing them and manufacturing a history to go along with the diagnosis. There are reasons of course; we just don’t know what they are. This matters so much because it creates a huge barrier as we encounter conflict. If I think someone is a jerk (based upon false assumptions of intent), then every encounter I have with them is through the jerk filter. I naturally avoid this jerk, and the walls of defense are tall and strong, preventing any new information from penetrating. The relationship is broken based upon a fallacy of perceived negativity. I’m embarrassed of my own generation as I look at how easily we give up on each other, generally out of defensiveness and fear. I can’t bear the wastefulness as our churches, families, and communities struggle to be with each other.

One time after a meeting, a coworker and I were having the post-meeting show, going over some unexpected statements by a third party. I’m sure you’ve had the post-meeting show, where you analyzed what just happened in slow motion and with a great deal of witty commentary. My coworker launched into an analysis accompanied by a detailed explanation of why another coworker made unexpected, and admittedly troubling, statements. The explanation was quite elaborate with all the details filled in, entirely based on speculation and ended with a crescendo of the ever popular negative character judgment, “He’s a jerk.”

I’m constantly challenging these intent statements by asking, “What was actually said? Did she give you reasons? What history applies?” I’m searching for something concrete and observable instead of swallowing an assumption based completely on one perspective. I push hard on this. “Did he say why, or is this just what you think?” And what I really want to say is, “I know this makes sense to you because you would have made a different decision, but there is a really high probability that you just made up this whole negative scenario which will sabotage every interaction going forward.”

Surely we can push pause long enough on the judgment to allow our relationships to have a chance to grow.

To me, it’s helpful to think of each person as a little country. When we travel to different cultures, we are fascinated to find out the rules, norms, traditions, methodologies… There are a multitude of logical and well-known reasons why countries around the world have ambassadors. So if I can apply that same logic to other individuals, it changes how I view your decisions and how I respond when something doesn’t match up with my expectations. I operate one way that’s not going to match up with your customs, traditions, and preferences. I know I can’t assume why you do things because I’m not familiar with your inner world and I’m eager to learn. U.S. Americans don’t get angry at the Canadians because they celebrate Thanksgiving in October instead of November and label them as ungrateful. Surely we can push pause long enough on the judgment to allow our relationships to have a chance to grow.

Therefore, if there is any encouragement in Christ, any comfort provided by love, any fellowship in the Spirit, any affection or mercy, complete my joy and be of the same mind, by having the same love, being united in spirit, and having one purpose. Instead of being motivated by selfish ambition or vanity, each of you should, in humility, be moved to treat one another as more important than yourself. Each of you should be concerned not only about your own interests, but about the interests of others as well. You should have the same attitude toward one another that Christ Jesus had.
–Phil 2:1-5

This blog was previously posted on CHARIS