Who Are We Called to Be in These Turbulent Times 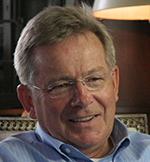 A Larry McMurtry novel takes us back to the 1870s, where we meet Mr. Brookshire,  standing on the windy streets in Amarillo, Texas. He is a railroad accountant from Brooklyn, New York, and has come west to line up some Texas Rangers to help him catch a train robbers gang. 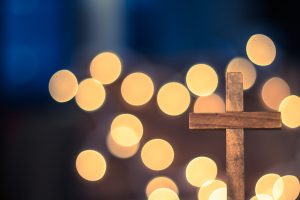 But Brookshire hates the west with its wide-open spaces, no roads, fences, or limits of any kind. Anything can happen. He feels a loss of control.

And what he hates most is the relentless West Texas wind, which rolls tumbleweeds across the prairies and raises dust clouds that cover his dark city slicker suit, white shirt, and his boulder hat with a crust of red dust.

So as Brookshire stood there on the dusty, windy street of Amarillo, Texas, a sudden gust of wind snatched the boulder hat from his head. It sailed on the wind like a fat bird for a few yards, then tumbled down the street through the dust, and may have rolled on forever had it not lodged on a wagon wheel at the far end of the street.

When Brookshire chased down his hat and leaned over to retrieve it – suddenly he was overwhelmed by the feeling that it is not his hat but he, Brookshire himself, that was in danger of being blown away by the wind. If he lost grip on the wagon wheel, he might tumble across the plains forever – over the horizon and gone, to who knows where. And oh, how he ached to get back home.

Today, on the streets of  Memphis or Fayetteville or wherever we find ourselves, feeling that the strong winds which buffet 2021 might blow us away from our moorings; and it’s not just one wind, mind you, but the perfect storm of three winds:

One wind is Covid-19 which has turned our world upside-down,  snuffed out lives  – and we don’t know where it’s taking us. “Will the world ever be the same when it’s over?   If it’s ever over?”

The second wind is a powerful hurricane that threatens to take down our economy. When will it end? And if it does, will there be anything left of my job, healthcare, business, or country?

And the third turbulent wind is raging polarization – race, class, and left /right tensions. It seems to have robbed us of civil conversation, eroded trust, damaged friendships and families – even threatens to tear the country apart!

All of this amidst a culture shaped by a lust for money, power, individualism, and a violent culture that threatens to destroy itself.

Many of you are involved in some form of local church leadership; you’re trying to help a local congregation make it on through this storm. You want to speak words of healing into disheartened, angry, and fearful people, but you feel overwhelmed.

So what do we do? I’m not sure any of us know the answer. We know we can’t fix it all. We have no silver bullets or magic wands. And politics can’t fix it. Lust for power and wealth has been shaping American civil religion for centuries so, no matter how the election turned out, nothing will change – at least not for a long time – if ever. Besides, for the people of God, the issue is greater than politics and economics.

Maybe Psalm 46 speaks to such a time as this.

To set some context here, you have heard people say, “I go to church to get  pumped up so I can go back out and face the real world.” Woah! I believe this view is backward. God is the very epi-center of ultimate reality. Not that “stuff out there.” So we need to press our hearts steadily against the heart of God. We need to hear his heartbeat consistently and echo its rhythms. Otherwise, we may start thinking that the “stuff out there” is the real world, and we would soon be in deep sushi. But listen to the word from Psalm 46:

“God is our refuge and strength, a very present help in trouble; therefore we will not fear though the earth gives way, though the mountains fall into the depths of the sea, though its waters rage and foam and the mountains quake with their surging.” This sounds like creation undoing itself.

we need to press our hearts steadily against the heart of God. We need to hear his heartbeat consistently and echo its rhythms. Otherwise, we may start thinking that the “stuff out there” is the real world,

Still, “There is a river whose streams make glad the city of God, the holy place where the Most High dwells. God is within her; she will not fall; God will help her at break of day. Nations are in an uproar. Kingdoms fall.”

No question that our nation is in an uproar. And, for millennia, kingdoms have been falling. The kingdom we call this country could fall. Never mind. We are now living in the city where the Most High dwells. “He lifts his voice; the earth melts. The Lord Almighty is with us; the God of Jacob is our fortress.”

So we can say, “Come and see the works of the Lord, the desolations he has brought on the earth. He makes wars cease to the ends of the earth. He breaks the bow and shatters the spear and burns the shield with fire.”

God envisions a new world in the city of God – the world of love – where weapons of war are no longer needed.

we are called to be the vanguard, a new kingdom, points of light in a dark world – who live out a new kingdom vision, a kingdom of love and peace.

Notice, at this point, the voice of the psalm changes. Up until now, we have heard the voice of the poet. But now the psalm shifts and God speaks in the first person. He says, “Be still and know (remember, be mindful, experience) that I am God, I will be exalted in the earth, I will be exalted among the nations.” Meaning He will still be here. And He will still matter when nations are no more.

We are not called to compete for power in the midst of this chaotic culture. Oh no, instead, we are called to be the vanguard, a new kingdom, points of light in a dark world – who live out a new kingdom vision, a kingdom of love and peace. We are voices calling from the future back into now, calling out, “Do justice, love mercy and walk humbly with our God.”