Do You Feel Appreciated? 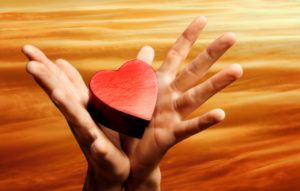 “Do you feel appreciated in the congregation you serve?”

It took this minister only seconds to answer his friend’s question.

“No, I don’t feel appreciated.  I feel taken for granted by my elders, my co-workers, and many people in our church.”

He went on to say, “Now of course that is not true of everyone in our congregation.  Some people regularly communicate their appreciation.”

Sometimes those of us who are church leaders do a poor job of communicating our appreciation.  I am not referring to public recognition or statements, etc.  Rather, I am talking about simply communicating to another person your appreciation and how much you value that person’s ministry.

Some of us have no idea how important appreciation can be to the human spirit.

Why doesn’t this happen more?

1.  Lower your expectations.  Some people, some groups of elders, some co-workers are just not going to express their appreciation.

Refuse to believe that you are entitled to appreciation.

2.  Know that your obedience as a Christ-follower gives the Father pleasure.  Remember the words of the Father as he affirmed the pleasure that his son brought him: “This is my beloved son in whom I am well pleased.”  Know by faith that your life before God is noticed by him and brings him pleasure.

3.  Show your appreciation to others.  Do what you would like others to do toward you.  I don’t mean this as a manipulative ploy.  Rather, it is important to live out what you want others to practice.

4.  Receive the appreciation that is shown to you as a moment of grace.  Refuse to believe that you are entitled to appreciation.

What has been particularly helpful to you in dealing with the issue of feeling taken for granted or unappreciated?