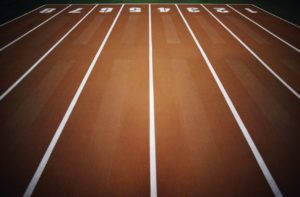 This is a continuation of our discussion On Finishing Well with additional characteristics of the Barnabas Life.  Click here to read part 1.

Rooted in the Word of the Lord. People wanted to hear what Barnabas had to say about the Word of the Lord on numerous occasions, and he was a man of grace (Acts 13:1,7,42,46;14:1). Exhorters come along side of people with practical counsel, insight for life and support. Bottom line: exhorters urge people to continue in the grace of God. Hope pours from their presence with urgency.

Speaks boldly in the face of fear and opposition.  Barnabas did not shy away from conflict or accusation. He knew what he believed and stood in the midst of criticism. He did not allow the circumstance to define who he was and what he believed. Barnabas was chosen along with others to go to the Jerusalem Conference over issues of fellowship regarding accepting Gentiles and the nature of the gospel. He testified too about God’s grace to the Gentiles and Paul later spoke of how Barnabas received him (Acts 13:50, 14:1, 14:3-14, 15:2f, Gal. 2:9).

Prayer and fasting were integral to choosing the right leaders.

Defers to others for the sake of the kingdom. Even though Barnabas ran interference for Paul, he had no problem with Paul taking the lead. Luke records a shift in name (Barnabas and Paul to Paul and Barnabas, Acts 14:14 & 14:23. 15:2).

Prays and fasts for others. He appointed elders along with Paul in churches. Prayer and fasting were integral to choosing the right leaders. With a Levitical background, he knew the importance of appointing leaders who trusted in the Lord (Acts 14:23).

Handles disagreement with integrity and stays focused. Barnabas had a “sharp dispute” with Paul over his cousin, John Mark, going on a missionary trip. Paul did not want to take John Mark because of his previous experience with him going home. Yet, Barnabas did not agree and took John Mark to Cyprus. Later, Paul acknowledged John Mark with graciousness as he tell the church in Colosse to “welcome him” and gave instructions about him (Acts 15: 36-39; Col. 4:10).

Being present is far more than physical presence, it is a heart for the Lord, his grace and being connected with others for growth.

Barnabas was not perfect and had his moments. On one occasion, he allowed himself to be led astray from the nature of the gospel by Jewish friends in refusing to eat with Gentiles. Paul called this “hypocrisy” (Gal. 2:13) yet consistently reminded others of his respect for Barnabas (Gal. 2:9). Encouragers do not fail. They learn and keep going.

Consistently, Barnabas was present in the life of the early church making a difference. Being present is far more than physical presence, it is a heart for the Lord, his grace and being connected with others for growth.

Which one of the CHARACTERristics of the Barnabas life do you need in your life? If you see some of these CHARACTERristics in other men, let them know it. You’ll be a “son of encouragement” as you focus on finishing well.