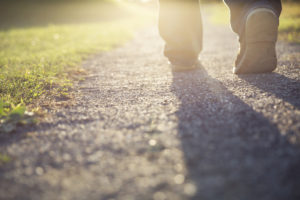 As HOPE Network Ministry Partners travel to churches across the country coaching them in various areas of ministry (leadership, vision work, governance, transition to new preaching minister), we have seen many different approaches to minister transitions.  By their own admission, some churches have transitioned ministers poorly.  Other churches have gained a reputation of transitioning ministers quite well.

One area that is consistent among minister transitions is the offer of severance or “farewell gifts.”  Whether the minister is asked to resign, is fired, or chooses to leave or retire, church leaders should consider what financial compensation provides the best opportunity for a godly separation of minister from church.  How a minister and church separate will have a significant impact on how the new minister and existing church begin their relationship.  There is much that can be said about minister transitions in general, however, this article addresses financial compensation specifically.

How a minister and church separate will have a significant impact on how the new minister and existing church begin their relationship.

With respect to severance, the general rule of thumb seen most often is 1 month of severance for every year of service up to a maximum of 12 months of severance.  If the minister is a preaching minister, a minimum of 90 days of severance is given no matter the length of service, assuming no significant misbehavior.  A minister who violates church policy or Christian ethics sacrifices his opportunity for severance. With respect to the minister’s behavior, even in the most egregious circumstances, church leaders often show compassion for the minister’s family by providing some amount of severance to aid in the departure. Despite any rules of thumb, smaller churches often have a more difficult time providing severance due to financial constraints.

An average severance for most preaching ministers ranges from 3 to 6 months (and typically includes continuing benefits as well).  This amount of money/time is typical for several reasons.  First, preaching minister search processes take significant time.  Thoughtful church leaders recognize that ministry is a calling, not a job.  They also recognize the importance of finding a minister that well matches their congregation, especially that minister who speaks on behalf of God each Sunday.  Churches looking for a preaching minister will take 12 months to 18 months to find the right minister.  A minister may require this long to find a church, thus 6 months, while only one half of the typical church search time, is what most churches of medium or large size provide.

A second reason for a 3 to 6-month severance is the cost of transition.  The IRS recognizes the cost associated with moving, allowing significant write off for move-associated costs (although the write off minimally offsets the cost of moving).  The cost of moving is not only monetary but emotional.  By providing these funds to the minister’s family, the stress on the family as a whole is lessened since, to some degree, finances are less worrisome.

A final reason severances are 3 to 6 months for the preaching minister is the congregation’s desire to bless the minister and his family in their departure.  Preaching ministers preside over weddings and funerals.  They counsel and inspire and cajole.  It is rare that a minister leaves a church being told by every member, “don’t let the door hit you on your way out!”  By providing a severance, the church blesses and is blessed in return.

In thoughtful, well managed transitions, once another church calls the minister, most churches will celebrate the departure through a farewell occasion, providing “farewell gifts.”

Conditions surrounding minister transitions vary and play a significant part in determining severance.  Obviously a minister who resigns to respond to God’s call in another congregation does not require severance.  More and more, church leaders who realize their current minister will not be continuing (by the leaders’ choice) will give the minister time to transition to another post.  Of course, this scenario assumes the minister can manage him or herself well during the time it takes to transition.  As stated above, minister transitions can take one year, thus a transition requires patience from both the leaders and the minister.  In thoughtful, well managed transitions, once another church calls the minister, most churches will celebrate the departure through a farewell occasion, providing “farewell gifts.”

When a minister is asked to resign, a severance to aid the minister and the minister’s family in the transition to a yet unknown work is almost always provided.

Minister searches for positions other than preaching typically take less time and therefore require/demand less severance.  Still, a severance for a student or children’s minister can, for all the reasons stated above, and should be considered.

Ministers provide loving care to congregants and communities.  Leaders provide the same and speak volumes as they act on matters associated with a minister’s inevitable departure.  Thoughtfully and prayerfully managing the “end game” of a minister’s time at a church not only provides for the minister and his family, but also provides for the congregation creating a smooth entryway for the incoming minister.  Severance is an important part of that end game, a measurable and temporal and spiritual way of showing care.