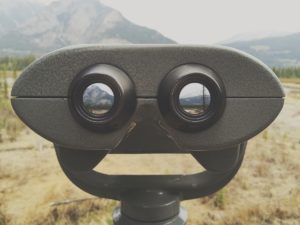 I saw the movie Wonder yesterday, which tells the story of August Pullman, a boy with facial differences who enters fifth grade, attending a mainstream elementary school for the first time. Because of the irregularities of his face, Auggie wears an astronaut’s helmet much of the time to avoid the stares and awkward comments of others. Predictably, he’s endured more than his fair share of painful comments and shocked reactions. The helmet isn’t allowed in school though, so Auggie has to manage on his own without the ability to hide. At one point, he overhears his one and only friend, Jack, mocking his looks. Afterward, Auggie refuses to speak to Jack. This is a natural reaction, based upon a life-long history of rejection. Auggie is acting out of his history with pain. We all do.

So in our desire to avoid pain, we essentially create pain for others. Apparently, it’s a dreadfully powerful cycle, and we are scarily and impressively loyal it.

Avoiding pain is a smart thing to do. Nobody wants to jump into a big swimming pool of razor blades. However, I can make the argument that Jack made those mean comments because he wanted to avoid pain too – based upon his own history. And I can go further back to make the argument that the kids being mean to Jack were reacting from their own pain from a wide variety of sources. So in our desire to avoid pain, we essentially create pain for others. Apparently, it’s a dreadfully powerful cycle, and we are scarily and impressively loyal it.

Many times I pray for God to let me see people through his eyes, and every once in a while I allow that to happen. When I do, this idea that people act out of their pain hits me between the eyes. Behavior that makes my head blow off my body begins to make sense when I ask the questions, “How has this person been hurt? What pain is this person trying to avoid?” The most ridiculous comments, the most obnoxious behavior, the most anger-invoking stubbornness begins to be reasonable in a weird sort of way. People act out of their pain. People have reasons for doing what makes no sense to us; we just don’t know what those reasons are. People who have been bitten by dogs are afraid of dogs. I can’t know if someone has been bitten by a dog, but I can know everyone has been hurt by another human being. Being hurt is simply part of being human.

Jesus’ example shows us how to shift our focus from our own pain to the pain of others to begin the healing.

Naturally, my thoughts turn to Jesus, the son of man. Jesus could see people’s pain: the woman at the well, Zacchaeus, Mary, Martha, the lepers, the blind, the grieving, the rejected, the arrogant, the greedy, the stubborn. … As usual, he behaved in a way that is unnatural to the rest of the world. Instead of trying to prevent himself from being hurt, he reached out to heal the wounds. Jesus was, of course, continually rejected, hurt and eventually crucified. He knew it was coming and prayed for the Father to find another way. But the rejection and hurt wasn’t his whole story and it didn’t define Jesus; his ability to heal defined him and still does. I believe Jesus is begging us to be defined by our ability to heal.

When I’m able to see someone through their hurt, it changes how I think, which changes what I say and how I treat someone. We operate in church families full of people who have been smashed into pieces and who are desperate to avoid more pain. Jesus’ example shows us how to shift our focus from our own pain to the pain of others to begin the healing.

For now, think about the people who irritate you the most, and stay tuned for part two.

This blog was previously posted on Charis