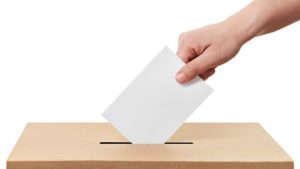 Almost every church chooses leaders. Churches of Christ usually select “elders” to serve and lead congregations. Some churches also call them “shepherds.” Paul writes in Timothy 3 and in his letter to Titus (Titus 1:5-9) about the qualities a shepherd and his wife should possess. Most Churches of Christ use these passages to determine who is chosen to serve as a shepherd.

The methods used to choose shepherds vary significantly from church to church. Few instructions are given in the New Testament regarding the “how” of choosing shepherds. And, while the details may vary, several principles for choosing shepherds apply in most churches:

We in the Church of Christ take for granted that a group of men selected by the congregation to lead the church will be able to mesh and work well together as a group. Once a leadership group has formed, it takes on a personality of its own over time. That personality is reflected in its decisions, its debates, who it hires, and how it leads. When a group changes by even one man, the dynamics within the group can (and probably will) change. If the group changes by several (e.g., in a group of nine . . . say, two leave and four join), a completely new group is formed . . . with a new personality, new priorities, and a new leadership style. This new group will take time to find its footing as the leading entity of the church.

The church, as a whole, and especially those who work closely with the shepherd group (e.g., lead minister) will be required to adjust to this new leadership persona. If the group struggles to do its work or to coalesce as a group, the entire church will suffer, becoming confused about its own identity and direction. Thus, the process of changing the shepherd group is as critical to the functioning of a church as the choosing of a new lead minister. Such changes should be approached carefully and prayerfully.

Because a shepherd-selection process has the propensity to disrupt the church’s trajectory and function, the principles below follow from Principle #1.

2.  Create a Clear, Written Selection Process Long before the Need to Use It.

Clear selection processes lessen the chance for confusion and misunderstanding by existing leadership, possible shepherd candidates and their wives and families, and the membership as a whole. Be clear with each stage of the process, including the initial communication about the process, the timeline for the process, who will run what portions of the process, the process itself, the counting of the nominations/ballots, who is eligible to participate, when the new shepherds will be installed, etc. All this planning takes time, yet writing it down and making it available to church members improves the likelihood of a smooth process.

Churches need time to recover from an intensive selection process (the only kind of process worth doing!). And, shepherds need time to develop a rhythm, learn to work together, and to build a sense of unity and purpose.

Shepherd groups will meet as often as weekly, some as few as once a month. A particular shepherd group will form only as quickly as the time invested. In my experience, it takes at least two years for a group of shepherds to become comfortable with each other; even if there is purposeful time spent forming the group. Changing the group every two or three years keeps the group continually disrupted relationally and functionally. There is much to learn about the role of shepherding itself, not to mention embracing the norms of this particular shepherding group (how things work around “here”).

4.  Ensure the Shepherd-Selection Process Includes a Way to Divert an Individual Who Does Not Fit the Group.

Yes, the existing shepherding group should have the ability to say “no” or “not now” to someone whose chemistry doesn’t mesh with the group. I am not saying they should be able to veto someone who disagrees with them on some issues (a kind of “self-protection and perpetuation” that is not healthy for churches or leaders). I am saying that there are some candidates who would work to hijack the group or push a harmful agenda. Others might have an issue in their background, known only to one or more of the shepherds, that should prevent him from serving (personal misconduct or a wife who is prone to misbehavior). There is no reason to allow someone “into the room” who doesn’t belong.

Set up a screening point in the process that allows the wisdom of the chosen leaders to prevent a predictable “train wreck” from occurring. Once in the room, getting such a person out is much more painful than preventing his presence in the first place.

We’ve taken for granted that those we see as “qualified” shepherds will know how to shepherd people and how to work together with other shepherds. The value of training cannot be over-emphasized.

5.  Provide Training for the Candidate Group before New Shepherds are Added.

It is a new phenomenon for us to train shepherds in the art of shepherding and overseeing. We’ve taken for granted that those we see as “qualified” shepherds will know how to shepherd people and how to work together with other shepherds. The value of training cannot be over-emphasized. Training brings the group together, allowing them to discuss the foundational matters that have formed them as a group. Training with wives allows them to get to know each other. Training gives a common language to and understanding of governance, decision-making, division of labor, conflict management, etc. Training may highlight potential problem areas before a group begins to function “officially” . . . areas that can be addressed before the group is actually “ordained” to lead. Suggested training subjects include:

6.  Create/Update a Behavioral Covenant before Ordination of Shepherds.

Every group has rules of behavior. Most often those rules are unofficial, unwritten, assumed, and simply “understood.” Within a shepherding group, it is a very good idea to establish written, agreed-upon rules which all abide by. By having an agreed-upon, signed covenant, each member of the group knows what is expected, what is encouraged, what is prohibited, what boundaries are drawn, etc. Most covenants are about one page in length with a place for each team member to sign.

David Wray, former Administrator at Highland Church of Christ in Abilene, Texas, and former professor at Abilene Christian University, suggested that the newly identified shepherds be given an opportunity to improve the existing covenant so that they will feel more ownership for it since their “fingerprints” are also on the document.

7.  Ensure the Congregation Can Participate in Selecting Shepherds.

People who have a role in creation are much more likely to support what gets created. Thus, those who have a say in who serves as shepherds are more likely to embrace and follow them. Exactly how the membership participates varies, but churches often use a nomination process to allow member input about who is recommended as a possible shepherd.

By having an agreed-upon, signed covenant, each member of the group knows what is expected, what is encouraged, what is prohibited, what boundaries are drawn, etc. Most covenants are about one page in length with a place for each team member to sign.

A final affirmation from the church membership can also help them feel a part of the process of installing new servant leaders. The process will typically take longer if members are properly involved, but the payoff is a membership that “owns” and is committed to the new leadership group.

The following are other shepherd selection considerations:

Changing the players (subtracting, adding . . . or both) changes the group. Paying close attention to the process of shepherd selection–who is added (and who they are married to), how they are added, what preparation they go through, etc.–will allow the energy of the group to be spent on things that matter most–the actual work of shepherding, leading, and mentoring.