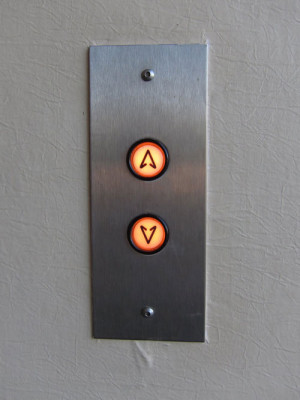 Have you ever entered an elevator and, instead of facing the door, faced everyone inside? Have you ever chosen to purposefully eat with the wrong utensil in a crowd? Have you ever walked up to a complete stranger in public and ask a deeply personal question, perhaps about religion, politics, or money?

These harmless social experiments cause a person to notice what behavior is expected in public. However amusing it could be to go against the grain for a short time, I think it would be exhausting to walk the wrong way on a one way street all of the time. For women in ministry, they have chosen to face the people instead of the door. Living out your vocation as a social experiment comes with inherent challenges. The following three statements sum up much of the pressure these women feel.

Should a person ever decide to try to change society’s expectations about using utensils at meals, either by using a knife as a fork or forgoing utensils at all, they had better make this look really good to the rest of us! If they drop food all over the floor or their laps, this “new” way of eating is not likely to catch on. In the same way, women in ministry feel immense pressure to prove that they, and by extension all women, are REALLY great ministers. One woman explained to me that she made sure to be the first person to arrive at her office and the last one to leave, every single day. She didn’t miss any church event, whether it was tied directly to her ministry or not. She did not take a sick day or vacation day for three straight years. Every class she taught was completed two weeks ahead of presentation so that it could be vetted by the elders supervising her area of ministry. Why did she feel the need to behave this way? She wanted everyone to know that she was the best possible hire they could have made. After all of this, completely burned out, she walked away from ministry, choosing to work at Starbucks where the pressure was off.

Polite society has taught us that we do not talk about religion, politics, or money with people that we don’t know very well. These intimate topics reach into the complexity of who we are as humans. This idea of the “Billy Graham rule”—that men and women should never be alone together unless they are married—pushes against another social expectation about gender. It assumes that all relationships between men and women will end up being sexual in nature. This is simply not true. We, the church, have believed that women are temptresses and men are weak. These are truly unflattering lies! Mature male and female followers of Christ can be in both friendship and mentoring relationships with clear and healthy boundaries. Left unchecked, the Billy Graham rule leaves the woman on your staff isolated. She is not treated as a true member of the team and cannot be spiritually cared for by most elder groups—many of whom are generally men. Navigating this can certainly present challenges that should be carefully discussed and prayed about. Ignoring these assumptions, or worse believing them, perpetuates the lie that men and women can’t be friends. This is the not the dream from the Garden of Eden or the model of Jesus. With the Spirit’s help, we can do better.

The person at the front of the elevator who chooses to face the group instead of the door, can be easily pushed out at the next floor! Even worse, they have plenty of warning that it’s coming. Increasingly, women in churches of Christ feel that churches hired them merely to prove a point. “We are progressive and healthy!” And then, when the going gets rough, women get pushed off to make the going easier. I left this challenge for last because it grows from the first two challenges. Leadership is always a risky business because leaders are generally the first to get voted off the island. The belief that women are on the fringe of the system goes deeper than simple risk. Feeling that her job, which is born out of a deep calling, is vulnerable every waking moment of every day, is an untenable situation. It goes beyond job performance and leaks into the fiber of her being. When she feels extraordinary pressure to perform well above the curve yet remains isolated from meaningful work relationships, all the while trying to walk the tightrope of gender expectations, eventually something has to give. If it doesn’t, she will break.

Hiring a female to work on your staff for the first time can present challenges. The first is to recognize that the system, as it existed before her arrival, is a man’s place. She cannot fully engage in the system if it won’t flex enough for her to be herself. Will you, as one who desires to use your privilege well, offer her a red rope to hang in her window?

Click Below to Read Previous Articles in this Series:

“Sugar and spice and everything nice, that’s what little girls are made of.”