Strong Mentors Show Us How to Live 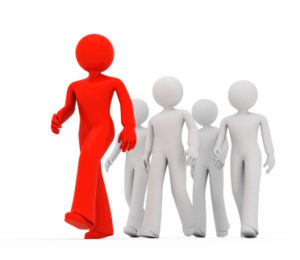 Teaching children songs about Jesus gives me immense joy. In some ways all of us — like children – learn best from “show and tell.” Of course, this includes an old classic, “The Wise Man Built His House Upon a Rock.” Since this song is designed for hand-signals and is no-where ear complete without them. Imagine how few children would sing and do the hand signals if I merely explained verbally what they were to do.

“Okay kids, when I say “wise man”, you point the index finger of your right hand toward a spot one half inch above your right temple, keeping your elbow bent, with your forearm at a forty-five degree angle to your body. And when I say “built his house” you place both hands in front of you, four inches from your chest, with your palms turned toward each other, your fingers pointing up with the finger tips of your left hand touching the finger-tips of you right hand, with the heals of your hands separated so that the palms of your hands stay roughly at a forty-five degree angle to each other. And when I say “upon a rock” you place the clenched fist of your right hand in the up-turned palm of your left hand. And when I say ….etc. etc.”

Do you suppose any of the children would do this? I doubt many would follow these abstract instructions. And even if there should be one little ankle-biter with an “off-the-chart” IQ, who understood exactly what I said, she probably wouldn’t try it for fear she might mess up.

So what do I do? Rather than showering them with explanatory words, I do the hand-signals as I say the phrases, showing them how to do it…and they follow. Why? First, because when I show instead of tell, they understand clearly what I mean. And, second, they gain confidence that they can do it because they saw me do it first. This is what strong mentors do! They show us how to live.

I personally could fill hundreds of pages describing ways various people have mentored me across the years. Here is just one example: One church where I ministered had over two dozen elders. Of course this group included a variety of personality types, but each was uniquely gifted and qualified to shepherd. However, as is often the case among today’s church leaders, several of our finest and sharpest men also worked jobs that kept them out of town much of the time. Bob Scott was one of these. I love and respect Bob as much as any man I know.

We have double-teamed many a thorny ministry situation. But Bob and I are wired up as differently as is possible in two human beings. Bob is one of the most left-brain men I know, while I am off the charts right brain. I have difficulty keeping up with my car keys. Bob is so organized that he considers that a major character defect. I accuse him of being a boring bean counter who thinks in rigid columns. He is cerebral, analytical. I am intuitive, relational. I like stories. He likes facts. Need I say more? But we are alike in one way: we both tend toward being “control freaks.”

Well, Bob traveled a lot and missed many elders’ meetings. While he was gone, the other elders and staff would carry on without him – working on projects, doing research, running legwork, and finally laying plans. Then, when Bob returned from his trips, he would occasionally blow into an elders meeting and, by my perception, want to re-write the whole script, scrap all the work and change everyone else’s minds. I grew more and more irritated.

So one day — like a “wise, gentle pastor of the people” I charged into Bob’s office, shaking with frustration. I stood over his desk and berated him for the way he dragged down the morale of the elders and how he torpedoed things good people had slaved over for weeks. With each point my pitch rose and my pace accelerated – and I punctuated my accusations with a stiff index finger. Bob listened a few minutes, then he calmly picked up his pen and began jotting notes on a legal pad.

“What are you doing?” I demanded.

“Well, you’re talking pretty fast and saying a lot of things. I need to write them down.”

“And what are you going to do with your notes?” I asked suspiciously.

“I just .. need to think about them,” he calmly responded.

By this time I had begun to settle down and feel sort of cheap. I even warmed up a little and even began smiling. Eventually, I think I went so far as to attempt a couple of feeble football jokes. But here is the amazing part: the next week Bob took all of my input, along with input he had gathered from several others, and compiled a multi-paged questionnaire covering the various areas of his performance in tasks and relationships. He told no one about our conversation. He simply distributed his questionnaire to a circle of people who interface with him and asked them to rate him. What is more, when he got the results back – would believe, he made some definite and obvious changes!

My, did I learn something. About re-acting to criticism. About active listening. Humility. Honesty. About vulnerability. How to absorb hostility. About willingness and courage to actually change. I couldn’t forget that. In fact a few months later, I asked Bob for a two-hour lunch on my nickel, explaining, “This time, I’ll bring the pen and pad and you do the talking. I really want you to help me evaluate my ministry and my relationships.”

Thank you, good shepherd Bob. Thank you, Lord Jesus, for putting this mentor in my life. I feel deeply imprinted by his hands. I will never take his voice lightly. I love him.

What a treasure is the warm memory of good shepherds who mentor us by the way they live!

Are you looking for a good study book for your mentoring group or small group? John Ortberg’s book, The Life You’ve Always Wanted, (Zondervan, Grand Rapids, Mich. 1997) is one of the best I have read.

(Excerpts from his book, They Smell Like Sheep, Howard Pub.Co. Monroe, La. 1998) Article originally published in 2000.