Moving from Mangers to Shepherds (Part 1) 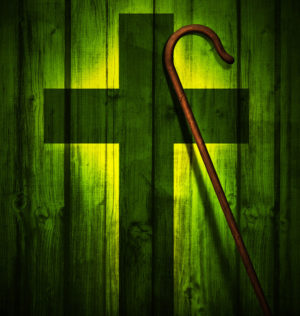 It was a Kodak moment. Bill’s silver hair and frail figure evidenced his nearly 80 years, but his face glowed with obvious affection for Mike. Mike, 20-something, tough, athletic—and months into a recovery program— stood beside Bill in the baptistery. As Bill spoke soft, clear words, Mike nod- ded slightly. The whole congregation could feel the special bond between the two men.

Age and huge social differences could have stood between the two men. Bill was a retired CEO. Mike, a product of the streets. But Bill had been doing what God called shepherds to do. Rather than merely sitting on a church board, managing an institution, and calling shots, he had been in the pasture with the sheep.

At breakfasts together, they shared father-son communication like Mike had never known with his birth father. During those conversations, Mike had taken recovery’s fifth step (“Admit to God and one other person the exact nature of your wrongs”). Quiet hours over open Bibles in soul-deep, life- shaping discussion built a bridge from Bill’s heart to Mike’s, and Jesus walked over it. Mike says he wants to be like Bill. Over time, Mike had been loved to Jesus—and into Bill’s flock.

First, the dominant biblical metaphor for spiritual leadership is “shepherd and flock.” Stated another way: A spiritual leader is the kind of person that God-hungry people want to be like.

RATHER THAN MERELY SITTING ON A CHURCH BOARD, MANAGING AN INSTITUTION, BILL HAD BEEN IN THE PASTURE WITH THE SHEEP.
Second, this style of leadership connects powerfully in these postmodern times. Young persons today are persuaded most effectively through genuine relationships, in authentic community, with persons of real integrity. Postmodern people give little credence to yesterday’s “authority figures” but hungrily seek today’s “wisdom figures.” Oh yes, Jesus’ way of doing things is the most effective ministry strategy in our postmodern world.

But relational, shepherd-flock spiritual leadership is certainly not new. Look across the hills of sacred history. The dominant biblical metaphor for spiritual leadership is “shepherd and flock.” It is never “manager”! The metaphor was born in Heaven: God is our Shepherd (Psalm 23). Of course, everything that matters much flows out of the nature of God.

Eventually God referred to the human leaders of his people—the prophets, priests, and kings of Old Testament times—as shepherds of his flock (Psalm 78:70, 71; Ezekiel 34).

Note carefully what the Bible says shepherds (elders) do for flocks:

The Bible describes shepherding as people-work. It is mostly about relationships.

Now, by way of contrast, notice what the Bible does not say shepherds do for flocks (yet it is where many modern church leaders spend the preponderance of their “shepherding” time!):

A MODEL FOR OUR TIMES

THE BIBLE SAYS SHEPHERDS ARE TO BE MENTORS OF PERSONAL INTEGRITY, IN AUTHENTIC COMMUNITY AND IN GENUINE RELATIONSHIPS.
These are days of growing disenchantment with institutional religion, even among sincere believers! Many committed younger Christians find little attraction toward corporate church structures—and even less interest in maintaining them. A seminary professor told me that his brightest and most sincere seminarians, though feeling called to ministry, show little interest in the traditional roles of church leaders. Maybe this is at least partly because they believe that traditional church leadership is not necessarily Jesus’ plan for spiritual leadership.

And there is good news! Younger believers and unchurched postmoderns are showing incredible interest in the very kinds of things the Bible says shepherds are to be for their flocks: mentors of personal integrity, in authentic community and in genuine relationships.

And further, the good news is that more and more church leaders—elders and ministers—want to do this. They want out of the boardroom and into the pasture. And many, while aware that the shift from managing board to shepherds’ circles, is a journey that may take a decade—it is a journey they are eager to make. They know too that, while a thousand-mile journey begins with one step, that step must be taken or the journey will never be made.