What Do Church Leaders Do with Red Flags?

Not long ago I was on the Interstate and glanced at the car on my right.  The driver
had an intense look on her face.  She was staring at her phone. 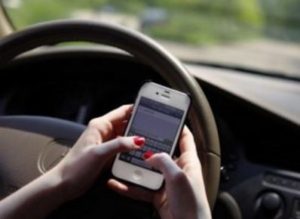 Think about this.  She is driving 75 miles per hour and texting!

Some say that you are 23 times more likely to have a wreck if you are texting and driving.  Yet, 77% of people believe they are good drivers and this practice really isn’t dangerous for them.

Recently, a New Jersey woman was charged with vehicular homicide after her vehicle hit another car in the opposite lane of traffic.  A 58-year-old man was killed in the fatal crash.  Witnesses said that the young woman was texting while driving.

So who actually does this?  Who would still text and drive in spite of the many warnings Americans have received?

Some church leaders are much like this. They ignore the warnings. They don’t take the precautions. They don’t listen to wisdom.

The answer?  Many continue to do this.  Parents with young children in their car seats.  Business people traveling across the city.  College students driving on the Interstate en route to campus.

Some church leaders are much like this.  They ignore the warnings.  They don’t take the precautions.  They don’t listen to wisdom.

*The elder in a church who is giving way too much attention and time to a particular hurting woman in the church.  He tells his wife and friends, “I am the only person she can talk to.”

*The young father who neglects his wife and children while he spends more time with his friends.  ”I work hard and need a break.”

*The young couple who spend more money than they are making.  ”Oh it will all work out.  We just want to live at the same standard as our friends.”

Are we paying attention to the warnings?  Or, do we think we are the exception?

In what area of your life are you ignoring red flags?