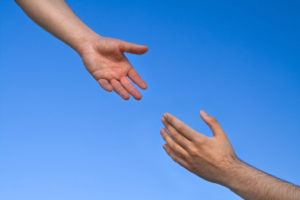 Civility is in short supply: no aspect of life is unscathed from a lack of civility—social, political, economic, family, and certainly religious. Civil conversations are a rarity. Fear and anger is the air we breathe. The media and social media exacerbate the milieu of hostility.  When we do not strive for gracious interactions, vitriolic speech settles in our souls as a residue of stagnant water.

God calls his followers to embody forbearance—being gracious, respectful, and judicious.  The manner and spirit in which we engage people matters, particularly those with whom we disagree. The Apostle Peter knew about rash speech and in his later years addressed those who were subject to social abuse, “rid yourselves of all malice, guile, insincerity, envy and all slander” (1 Peter 2.1). Suffering in 1 Peter is more about how Christians are being socially abused rather than any physical suffering.

The manner and spirit in which we engage people matters, particularly those with whom we disagree.

“Conduct yourselves honorably among the Gentiles, so that, though they malign you as evildoers, they may see your honorable deeds and glorify God when he comes to judge” (1 Peter 2.11).  Slaves were admonished to accept the authority of their masters with all deference, not only those who are kind and gentle, but also those who are harsh” (1 Peter 2.18).

To follow in the steps of Jesus is to respond to abuse with self-discipline (i.e., controlling his speech):

“He committed no sin, and no deceit was found in his mouth.” When he was abused, he did not return abuse; when he suffered, he did not threaten; but he entrusted himself to the one who judges justly. He himself bore our sins in his body on the cross, so that, free from sins, we might live for righteousness; by his wounds you have been healed”  (1 Peter 2.22-24).

Recently, I interacted with a gracious person on a Southwest Airlines flight. We stood in the jetway waiting to board.  She was a tall, dignified business woman. The attaché gave it away.  I let go of my luggage for a second and it fell onto her heels.  I quickly apologized, and she responded with such kindness, “Oh, no worries, I’ve done the same thing.”  It was her affable spirit and warm, engaging smile that made her genuine magnanimity so apparent. As we entered the plane, she greeted the flight attendant in the same manner, and she helped an elderly woman get her luggage in the top bin.

When we do not strive for gracious interactions, vitriolic speech settles in our souls as a residue of stagnant water.

I don’t know if she is a Christian. What struck me was her intentional kindness and grace to all of those around her. I wanted thank her for her refreshing kindness, but she got off the plane before me and disappeared into the wayfaring crowd.

My experience along with observations of her other interactions elucidates this intentional grace and kindness is who she is.  How invigorating!

Of course, this is what grace does.